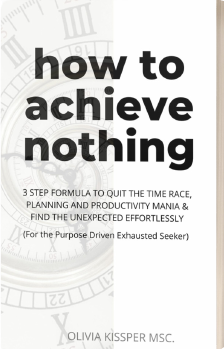 how to achieve nothing

3 Step Formula to Quit the Race Against Time, Planning and Productivity Mania & Find The Unexpected Effortlessly.

(For the Purpose Driven Exhausted Seeker)

Why I am writing this book? 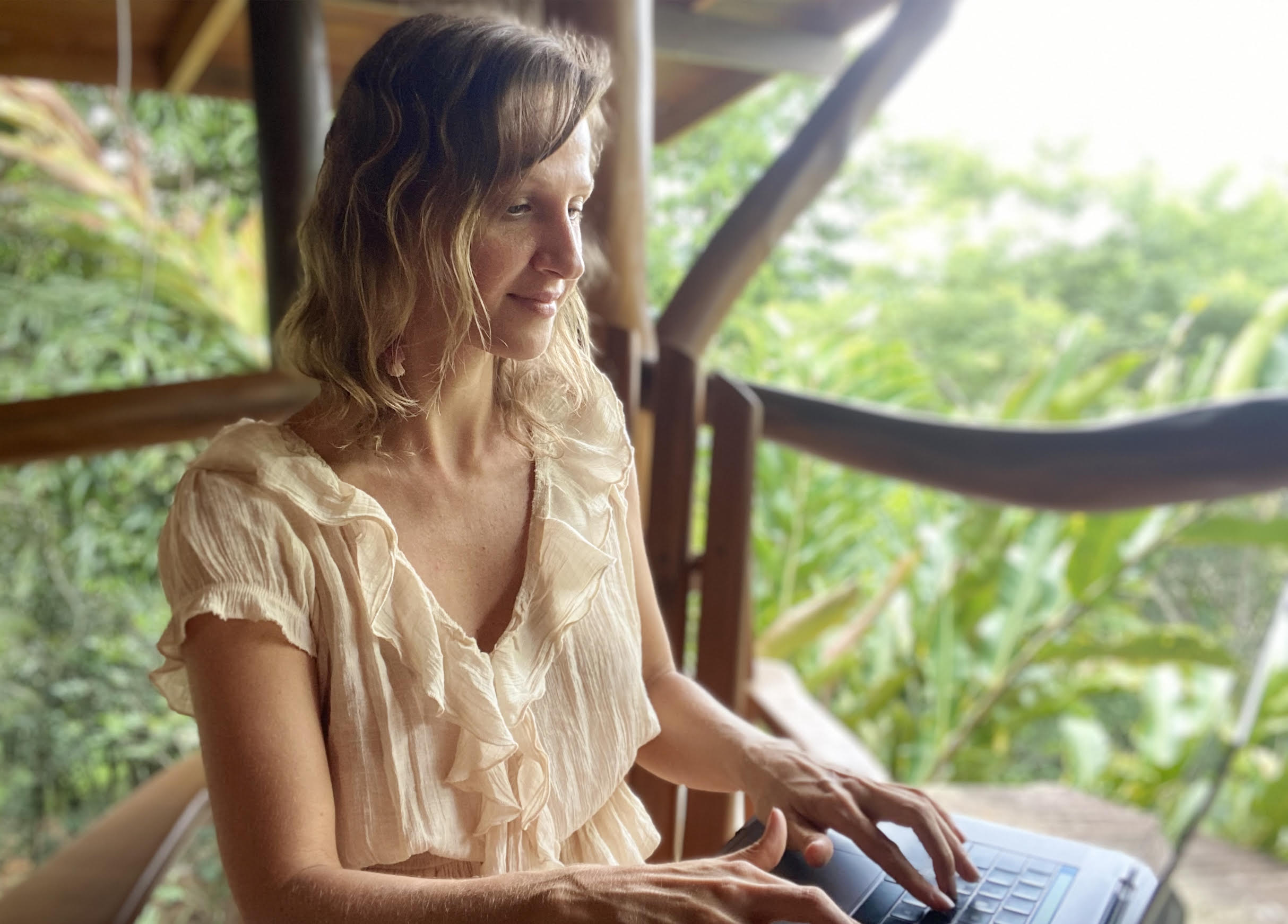 I travelled the word and was a dedicated full time seeker for two decades. I read over 2000 spiritual, psychology, science and self-help books and the more I read the more selective I became. After a while all popular ideas seemed like child’s superstition. And then I read a book that blew my mind. It was the national bestseller Busting Loose from The Money Game written by my dear coach Robert Sheinfeld.

This was time when I was spending full time in improving myself. I took all seminars available, workshops, read books, finished my Masters in psychology and consciousness studies, did meditation and worked on communication and public speaking. I moved to central America and did bunch of medicinal shamanic ceremonies and cleanses. But something was holding me back. The more I was trying to improve myself, ascend and find this permanent love and wealth, the more helpless and stuck I felt. I didn’t have home, I didn’t have anywhere to be and I was looking for love. I had my business online but I was longing for belonging and stability. I exhausted all means of help. Then everything changed in 2017 at a retreat in Costa Rica.

I participated in an Iboga ceremony using an African psychoactive medicine. I was lying paralyzed in the dark for 14 hours and didn’t sleep for 5 days after. My journey began by a sudden death under a knife of a man who just appeared from nowhere. The ‘I’ have disappeared and what was now seen appeared like a movie screen flying around and looking at life. There was my higher self, people cut in half, futuristic towns or me as a child in visions that were unrecognizably real from seeing my hands typing this.

But all the fancy visions and insights were nothing compared to one; I was shown that the timeline in my mind that I believed was ‘my life’- memories, thoughts and future hopes – was strategically deceptive. It left me in absolute flabbergastation for days. Stories are not real, they never happened, they only appear to happen on a mind screen NOW when I think about them.
This was only the beginning of my journey to question everything what I believed was the obvious truths. I went to study with guides who saw through the trickery of the time-bound self image.

I questioned the stories of the person I perceived as true, everything I believed to be bad or leading to bad outcomes in the future. I retrieved
into a jungle house in Costa Rica alone only with my dog, and spent hours every day deeply looking into painful stories, and discovering so much freedom and love it brings me to tears now when I’m writing about it. I guided others who had been on the journey for a while also, and their emotional pain and symptoms of trauma would not only disappear.. they found a world so unexpected because it’s completely hidden from the person living in time. I guided therapists, content creators, teachers and entrepreneurs losing the stories that kept them in the race, competition and compensation. I’ve noticed that their biggest complain was: There is not enough time and I’m not doing enough. Exhausted from constant striving, looking to fulfill their purpose, anxiety of not losing money, stress to keep up with competition, resigned with relationships after many hurts, and trying to be someones who matter in the unstable world..

A lightbulb went on. We are taught to heal ourselves, to manifest wealth and compete with each other. All the techniques out there are based on a false assumption. That there is something wrong with you because of what happened before Now. And there is a better future waiting for you, with a somehow better and improved you in it – You that will have more time to do the things you really want to do. Just not yet. And you have to first learn enough and work hard enough and be a good person, you have to know what to do and you must avoid making mistakes – to achieve what you truly want. It’s a trap.

I retreat again and write a book for all purpose driven exhausted seekers called How To Achieve Nothing: 3 Step Formula to Quit the Race Against Time, Planning and Productivity Mania & Find The Unexpected Effortlessly.

Below is a few snippets from the book. If you’d like to be the first one to read it, sign up below and I will let you know when it’s fresh out of the oven:

how  to achieve nothing

Crazy is the prize you pay for having an imagination.
~Ruth Ozeki 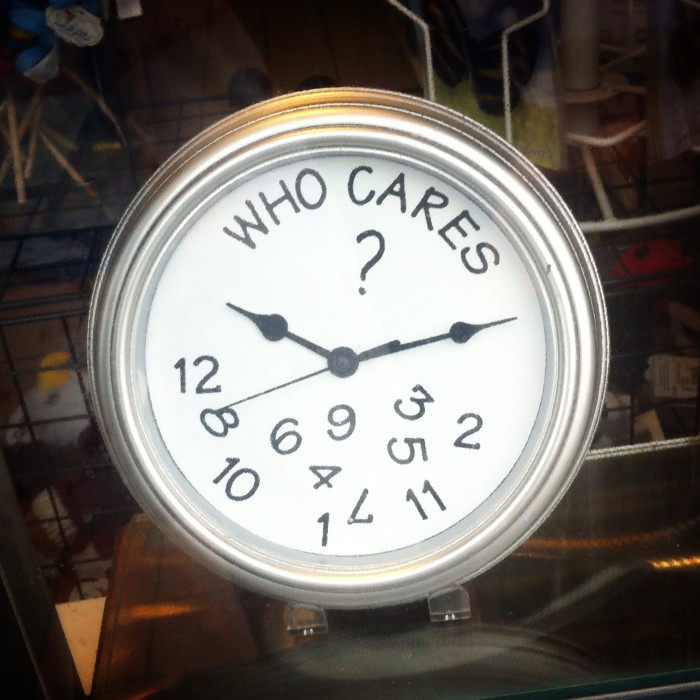 How to achieve nothing embraces the paradox of combining non-duality and business.

We live with a mantra ‘I am not doing enough and there is not enough time’. But is it really more time we want? We believe we live in time, and being timeless is a woo woo ideological sci-fi idea, or quantum theory. But what if we are mistaken? What If it was the other way round? What if living in time was a myth?

We wish we had more time. We imagine more time would mean:
all our busy messy life + free uninterrupted spacious time filled with goodness That’a the dream.

What if having more time also came with more of the regular stuff:

Would you still want it? Maybe If time you have already feels not enough, then more time would feel even more not enough. That’s the illusion. Essentially more time is not what we want.

Every day, we’re dealing with a mythical concept that goes against our natural being. We don’t know what time is. We think we do but the idea we have about time is just a thought. A belief. We mistake time for a lifeless digit on a screen. A symbol. in reality, it’s impossible to experience time.

In How To Achieve Nothing, you will discover that you can’t experience time other than in your thinking.  Moreover, your timeline in your mind is not only deceptive but completely reversed. To use the formula, we have to look at the hidden world of our expectations and hopes. We will use this information and plug it into the formula at times of stress, and it will reveal what is your next step in your situation  – and it is unexpected!

This is what the Formula does to save you time and headache.

If you’d like to be the first one to read my book, sign up below and I will let you know when it’s freshly out from the oven: 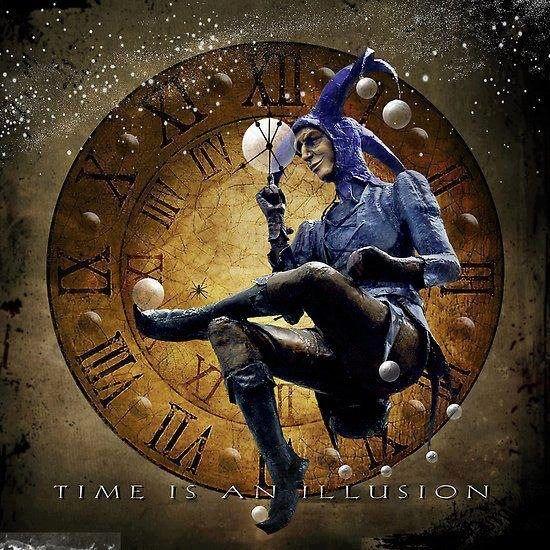 You will further discover that:

If you’d like to be the first one to read my book, sign up below and I will let you know when it’s freshly out from the oven: